Blog - Latest News
You are here: Home / Arsenic in rice – dangerous or not? 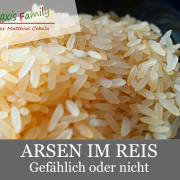 Some of our patients have pointed out to us that the arsenic contained in rice is toxic, so we should not eat it. However, this statement is not true. If rice were really as toxic as some people believe, the Asian world would theoretically already be extinct. Rice is basically not toxic, but the arsenic content in rice plays a decisive role. What you should pay attention to when eating, you will learn in this article.

In general, you should always make sure that you take in as few potentially harmful and carcinogenic substances into your body, for example through food, as possible.

At what level of consumption can arsenic poisoning occur?

The decisive factor with regard to arsenic is above all the amount consumed. Do you eat rice only occasionally, regularly once a week, daily, or even several times a day? Just as crucial as the amount and frequency of consumption is the type of rice itself. There is both organically bound arsenic and inorganic arsenic. Only the inorganic arsenic, which is not bound, is problematic. This is found mainly in the groundwater of the areas where rice is grown. The rice grows in standing water, which is where the problems begin. If the water were flowing, the rice would contain little to no arsenic. For example, rice grown in the monsoon seasons, which does not require irrigation with groundwater, has a significantly lower arsenic content than conventional rice varieties irrigated with groundwater containing arsenic.

Healthy rice varieties include basmati as well as jasmine rice. Their consumption is completely safe, as they contain no more than one-third of the arsenic content of other rice varieties.

With regard to the arsenic content, this question can be answered quite clearly with yes. The reason is that the arsenic is mainly accumulated in the exterior, i.e. in the husk of the rice grain, and not in the interior. Hulling the rice grains can reduce the arsenic content by about eighty percent, making the whole grain version the unhealthier one. But even here, the basmati as well as jasmine rice are harmless, because in these varieties the difference between the outside and inside of the rice grain is very small.

Wash the arsenic from rice

To clean the rice, it can be washed properly with cold water about two to three times before cooking until the water becomes clear. Provided that no milky water remains, the arsenic content in the rice is very low and therefore harmless.

Basically, the arsenic content in rice is not so high that you can get sick from it immediately. Well-grown rice, preferably of organic quality, which has been cultivated in flowing waters, is a valuable and indispensable food. Basmati and jasmine rice require far fewer additives during cultivation than other varieties such as long-grain rice. If you like to eat rice, it is best to resort to fragrant rice varieties, as they are much healthier and more digestible.

In addition to choosing a good type of rice, it is important to have a good detoxification system in your own body. The body’s ability to eliminate toxic substances should always be ensured. It is therefore just as important to take care to supply the body with as few toxins as possible, as it is to take care that the toxins are led out of the body again. If you want to know in more detail how this works, feel free to check out our free three-part course on YouTube about heavy metals. This explains exactly how the detoxification system in our body works. 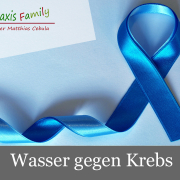 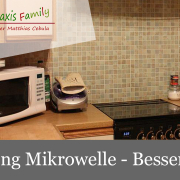 Dangers of a microwave 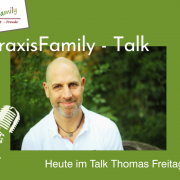 Ashwagandha and its effect
Scroll to top