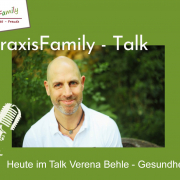 In conversation with Verena Behle, we learn about new treatments and strategies for ADD, ADHD and autism. Verena Behle has been working very intensively on the topics of detoxification, brain and intestinal health for about two years. The topic of learning disabilities and autism came up again and again. If, as is widely believed, these clinical pictures were only genetic, how is it possible for different therapists to achieve treatment success? This and more about the causes and treatment options of the autistic spectrum of diseases you will learn in this article.

The development of ADD, ADHD and autism

In the development of these clinical pictures, the own regulation of the affected children plays a major role. Basically, every body is capable of healing itself. Nevertheless, there are some influences that prevent him from doing so. Already the development of the child during pregnancy as well as early childhood have a lot of influence on the behavior of each person. If the foundation stones are already difficult from the beginning or if traumatic events were experienced early on, diseases such as ADD, ADHD and autism can develop. These diseases are grouped in the autistic spectrum and their main interface is the brain. It is restricted in its function in those with the disease, which is evident in the children’s behavior. The abnormalities range from mild learning and concentration difficulties to hyperactivity and very impulsive and aggressive behavior. The social perception and the feeling of empathy are massively disturbed. In the case of pronounced autism, behavior changes inwardly, so that affected persons no longer perceive the outside world strongly. Many things are then only processed by the brain at a low speed, resulting in a constant overload of stimuli. A running radio, for example, can then already be too much for the sick child. Healthy people also perceive external influences as stimuli, but do not perceive them as a disturbance. In ADD as well as ADHD, on the other hand, attention to certain things can only be held to a limited extent. Affected individuals have heightened awareness coupled with an inability to focus on one thing at a time. They often have no control over their feelings or statements and are generally very active. When frustration arises, they quickly exhibit aggressive behavior because, like concentration, they cannot control the frustration.

The diagnosis is often a long and stressful process for the sick child and their family. A medical condition, for example ADHD, does not progress into autism over time.

Causes and their treatment approaches

There are several factors which are responsible for the disorders in the brain. These include:

– Toxic load from heavy metals in the body
– Electric smog exposure
– Interference fields in the body
– Intolerances to certain foods that stress the intestines and lead to chronic inflammation. These are often triggered by dairy products, gluten, but also certain proteins, lectins and oxalic acids.
– Stress on the microbiome as a result of ongoing inflammatory and irritative processes in the body. The microbiome is already transferred to the child through the birth process as well as breastfeeding. If this is not possible naturally, the child will have a harder time developing a healthy microbiome right from the start.

The first step is to identify possible causes in the body so that these can be treated and the affected children can be helped. In most cases, there is a disturbance in the ability to detoxify. While a healthy person can eliminate certain substances from the body on their own, this unfortunately does not work for sick people.
The intestine and brain are directly connected via the vagus nerve. If this is blocked by various substances, the parasympathetic nerve is switched off, so to speak, and the lateral and posterior vagus nerves switch on as a substitute. The posterior vagus nerve is responsible for anxiety. This explains the frequent anxiety in autistic children. The lateral vagus nerve is the fight reflex, which provides aggression. The uncontrolled aggression is then a consequence of the overactivity of this nerve. But how can the anterior vagus nerve be reactivated?

A healthy child is able to compensate for possible exposure to toxins by itself, but this ability is not present in children who develop ADD, ADHD or autism, so the exposure cannot be detected by means of laboratory tests, such as a hair analysis. By means of autonomous regulation diagnostics, various treatment approaches can be combined and detoxification can be performed very easily with the Clean Slate remedy from the ROOT company. This remedy is able to bind and drain all toxins from the body, which play a major role in these clinical pictures. In addition to detoxification, a change in diet is often essential, during which animal dairy products and gluten in particular should be omitted. Agriculture has changed significantly over the last 100 years, more toxins are being used, which explains the overall health burden on our and future generations. Vaccinations also introduce many toxins into the body. Autism often begins after the first vaccinations in early childhood, so it is advisable to perform a genetic analysis before vaccination to find out if there are any disorders in the ability to detoxify. If confirmed, possible vaccination should be reconsidered.

If you are planning to become pregnant, it is equally important to look into and perform detoxification beforehand. In this way, it is possible to avoid that the children get all the toxins during pregnancy and at birth.

After detoxification, the intestine should be healed. For this purpose, the agent ZeroIn of the company ROOT is particularly suitable, because the substances contained in this composition can be very well absorbed and utilized by the body.

Furthermore, any exposure to electrosmog should be avoided, as this massively disrupts the natural detoxification function in the body. If the WLAN is not needed in the household, the router should be switched off. Using an Internet cable from the Internet connection to the cell phone or PC also offers a way to avoid exposure to WLAN. For pregnant women there are protective belts for the abdomen, which should protect the child from radiation as best as possible.

There are ways to help people and especially children with autistic spectrum disorders. The focus here should not only be on the symptoms, but above all on combating the causes. This is the only way to improve the quality of life in the long term. As a parent, you should not blame yourself, but try to do things better from now on and help the child. Autistic children are angels who show us what is going wrong in this world. The number of cases of disease is increasing significantly, and with it the realization that many environmental influences have a massive impact on our state of health.

FacebookInstagramTelegramYoutube
The main causes and solutions for Chron’s disease

Dangers of a microwave
Scroll to top