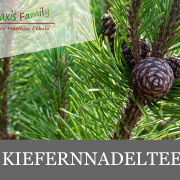 The pine needle contains especially many essential oils as well as various resins. It has been known for many hundreds of years as a remedy for various symptoms and medical conditions.
The pine needle can be supportive in low mood or even depression. It further helps with general lack of energy, but also with inflammation in the body and gastrointestinal complaints such as digestive problems. In addition, the pine needle is successfully used for infections such as respiratory diseases, especially in the upper respiratory tract.

Especially in the field of viral infections, the tea is absolutely recommended. It is quite typical for viruses that they divide. This division or multiplication of the viruses can be interrupted by taking the pine needle tea. This is caused by the valuable substances, which are in the pine needle. The resin acid and suramin contained therein play a particularly important role.

These two substances are also known in conventional medicine and are processed there in various drugs. However, in its natural structure, the pine needle is even more optimal for health due to the additional phytonutrients it contains.

The application of the pine needle tea

Especially in times of colds and viral infections, the pine needle can be taken in case of an existing infection or also supportively, for example, when you are with many people. If necessary, an infection can be nipped in the bud or, even better, not start in the first place. So by taking the tea regularly, you can protect yourself well, because the body is very well supported by the ingredients.

Pine needle is still considered one of the most powerful antioxidants in the world, because it contains a lot of vitamin C.

You can easily collect the pine needles, which you need to prepare the tea, yourself outside. It is important that you look at pictures of the yew tree beforehand, so as not to confuse it with the pine needle under any circumstances. For the preparation of a cup of tea you need about two teaspoons of cut pine needles. It is enough to coarsely cut the needles (pieces about one to two centimeters). The pine needles should be as fresh as possible, so that the essential oils are fully contained and can act optimally in the body.

Very important in the preparation is to first boil the water to 100 degrees and then let it cool a little, about 80 degrees, before pouring over the pine needles. This prevents the valuable ingredients of the pine needle from being lost. Once the tea has steeped for a few minutes, the healthy substances have passed into the water and the tea can be drunk. The taste can be refined with a little honey or lemon juice, if necessary, so that the tea tastes better.

During the day, depending on the state of health, you can drink about two to three cups, or more if necessary. The tea, as described above, is a good way to naturally protect yourself from infectious diseases and strengthen your immune system.

Have fun trying it out!

The main causes and solutions for Chron's disease 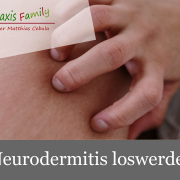 Get rid of neurodermatitis 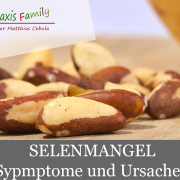